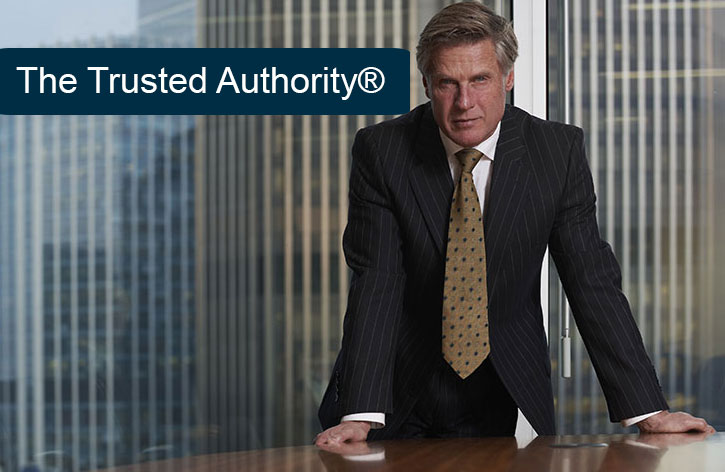 Change is never easy at the best of times even as The Trusted Authority. Early in my career, I took over the lead position on a business turnaround of an engineering company which was being financed by a venture capital fund. I was appointed by the venture capital company to turn the business around. The previous leader had been in the position for 19 years. While he did a lot of things well, the company had reached a plateau and was losing money and lost its momentum. I knew that in order to get things back on track, I’d need to approach my position with some fresh and innovative ideas.

I began making changes my first day on the job by cutting costs, including some employees who were made redundant and needless to say, not everyone was on board. After 3 months of struggling and then finally to stop the bleeding of money from the company, a part times employee named Robert finally approached me. He pulled me aside and said, “You came in like you owned the place and changed everything without even asking us.” He was upset, and rightly so.

Now that I had completed my first phase by stopping the bleeding, the next stage was to stabilise the company. Robert was 100% right, I didn’t ask any of the employees apart from the leadership team about what they thought of my plans, because it was my job to turn the company around and make the changes needed to stop the bleeding before I could start to grow the company once more and make it a success. What I failed to realise was that most of the workers are like Robert – resistant to change. Change can cause feelings of resistance, nervousness and sometimes even anger. If there are too many employees that feel that way, you wind up with a very tense workplace environment, to say the least.

As the Turnaround Practitioner in those days and as The Trusted Authority, it was my job to figure out how to make Robert and all of the other employees more comfortable. I needed to focus on winning their trust and proving myself to be a capable interim leader. I called a meeting of the entire workforce and promised to answer any question asked. While things started out tense and uncomfortable at times, the meeting really turned the work environment around.

That day I learned that no matter what your job title is or what your title or authority is, people won’t follow your lead if they don’t think they can trust you. Resistance is a product of fear and nerves. During my working lifetime, I have purchased failing and underperforming companies with my own money, some I managed to turnaround successfully and some not so successful and these are some of the lessons learned, before becoming The Trusted Authority. I also learned that a good leader helps their team adapt to change. Here are 10 simple actions I have identified you can take to becoming The Trusted Authority so your team will follow you when you ask them to do anything within reason as The Trusted Authority:

1.) Building trust and showing you care - It’s tempting to jump right into a new project, implement a host of changes and tell everyone to get with the program. Unfortunately, that’s not realistic. Start slow and take the time to really get to know your team only if you have the luxury (not in a business turnaround situation). Ask them about their families, their backgrounds and concerns they may have. Take the time to connect with your team and you’ll know how to help them move forward.

2.) Identify the movers and shakers - Every group has a leader, even if that person doesn’t have an official title. Figuring out the group dynamics and identifying who’s an influencer and who’s a follower can help you identify where to expend your energy. Find out what the pecking order is of the group and focus on getting to know the top influencer fast. Once you win them over, the resistance will fall.

3.) Address concerns openly and honestly - Don’t pretend everything is going great if it’s not. Address resistance openly and bring anyone that’s discontent to the table to give them a voice. Remember, their resistance to change isn’t personal. Once you understand what the issue is, you can go to work trying to fix it.

4.) Listen with both ears - Change brings uncertainty which is scary no matter who you are. If your changes are being met with resistance, show compassion since the resistance is born from fear. Reassure everyone that their jobs are secure, they are valued and that you’re listening to their input and ideas.

5.) Communicate clearly and frequently with team members - Most people go into self-preservation mode when they encounter conflict. Avoid doing that. Make your intentions known and state them often. Aim to over-communicate. Explain your vision, show that your end goal and values align with theirs and reiterate your point frequently. Always stay positive and consistent.

6.) Look, listen and Learn - Look at other organisations that have gone through similar changes to your own. How did they overcome opposition? How did they institute changes? How did they alter the culture of the company to better meet new goals? Read as much as you can about other companies in your industry and learn from what worked and what did not work for them. I have personally gone and interviewed ex-directors of many failed companies just to learn valuable lessons from them on what not to do.

7.) Mistakes are a learning curve - Making mistakes is a natural part of change. Expect it, anticipate it and have a plan in place to fix it quickly. Always assess your own situation objectively or have a trusted mentor or a strategic advisor nearby to give you an unbiased opinion on how you are doing. Change direction if needed and always own up to your mistakes. Making mistakes is inevitable, but don’t let those mistakes keep you from achieving your goals.

8.) Prioritise and Delegate - Find ways to make your job easier so you can focus on more important tasks by prioritising work and delegating. Once you master this, everything else will fall in place. Sharing the responsibility has the added bonus of making your team feel accountable for the success or failure of the organisation. They’ll be more dedicated and more likely to accept change if they feel that they have a hand in making the decisions.

10.) Give your team the tools they need to succeed - You can’t expect your team to give you results without giving them the tools and training they need to be successful. If you’re changing processes, or job responsibilities, you’ll need to offer training and assistance for those whose jobs were changed. Aim for providing support of a trusted mentor or strategic advisor so your team knows it has what it needs to succeed.

Change is never easy, but with a plan in place and the right tools, you can successfully step into a leadership position with just minor opposition. Take the time to build relationships and establish yourself as The Trusted Authority® and soon any resistance you encounter will give way to hard work and results.