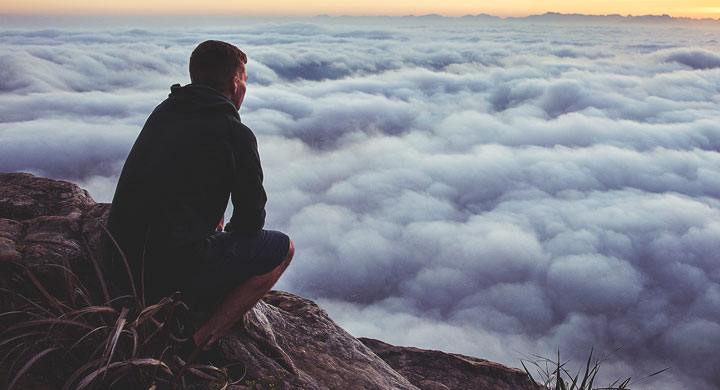 THINK BIG (Think Positive) means opening our horizons, reaching for new possibilities in our personal lives and in our businesses, being open to whatever the world has in store for us on the road ahead. A beggar sitting outside Marble Arch tube station facing Hyde Park, one of the most expensive and prestigious parts of London, asking people to spare him £0.10p for a cup of tea. If this person could see the possibilities beyond the cup of tea could and was able to Think Big what should he be thinking?

Well this really happened to me last year and the above is a true story, when I walked pass the person begging for 10 pence for a cup of tea, I stopped then sat down next to him asked him how much he gets in a day. At first he hesitated then when I gave him note out of my pocked he told me he made between £7 and £15 if the police did not arrest him first. I simply asked him had he ever considered asking for more such as £5 or £10 instead of the 10 pence? No of course not he said that would be cheeky and besides no one would give me a fiver or a tenor he said.

So I said to him I will stand near him for one hour if he asked people for a fiver towards a hot meal and if no one gave a fiver in the one hour I would give him another £10 note.  I must admit it took him some time like 15 minutes before he plucked up the courage to start asking for fivers.

Result within 36 minutes he had been given just over £23 just by asking for more. He got up thanked me and said he was going to get himself a nice hot meal.

You see in our personal lives and in businesses we always ask for as little as possible from people and customers because it is the way we have been programmed and conditioned all our life. That is why over 95% of businesses compete on price rather than what benefits they can and do provide that are different to that of their competitors.

If you take the average sales person when he is seeing a client, the one thing they all hate is negotiating the price. A sales person would rather give the product or service away for free and would class it as a sale. If you don’t ask you don’t get.

Having worked with clients who have now doubled and even tripled their fees once they are able to identify their value proposition rather than being the cheapest. You don’t just have to survive in business, you can thrive by THINKING BIG, starting today.

“Just do what your competitors do. Only you must to do it better, and ask for more.” That’s THINKING BIG!

What has your experience been with never asking for more? or “Think Big”?